Castor oil is known for its natural laxative properties, but it also has other interesting uses that are worth knowing. Some doctors specify that, consumed in large quantities, it can be toxic, however, its use in traditional medicines dates back to a very remote era.
What should you know about castor oil?
A great variety of ailments can be cured by this oil, especially constipation. It can also be used as a pain reliever, to boost your immune system, relieve skin irritations, and it works like a powerful antibacterial, antiviral and fungicide.

This oil comes from the homonymous seed and is composed of fatty acids (90% of which are ricinoleic acids). They would be the cause of the exceptional curative properties of this oil. The castor plant originated in India and was first known as the “Palm of Christ,” because its leaves resemble the hands of Christ. The plant was very respected for this and Indians attributed to its many curative properties.

Castor has been adopted by other societies and cultures, as in Egypt, China, Persia, Rome, Greece, Africa, Europe and the Americas. Currently it is used extensively in industry, especially in textiles and in Russia to lubricate equipment and protect against the very cold climate, as it has a consistent viscosity that does not freeze. Other uses of castor oil are: aroma or food additive, cosmetic and skin care component, manufacture of gums, fibers, varnishes, dyes, leather treatments, etc.

It is important to point out that castor seed has a lethal part if consumed or ingested by any route. The seeds therefore can not be eaten without the application of a particular process to extract the oil. Castor oil is not dangerous, as the toxins are only found in the raw seed.

The side effects of this oil are: skin allergies and intestinal disorders that cause irritation of the walls of this organ. It is not recommended for people who are suffering from colic, ulcers, hemorrhoids, colitis, irritable bowel syndrome, prolapse or who have recently performed surgery.

The properties of castor oil are:

-It relieves colitis: to relieve the discomfort of this imbalance of the stomach and the intestine, you can apply the oil on a compress and apply it on the bottom of your belly. Leave it on for an hour or two. You can put over a hot water bottle or a small thermal cushion. Repeat this process up to twice a day.
-It eradicates the corns on the feet: the oil can soften this accumulation of dead skin on your feet. Moisten the area directly with the oil. Surround a dressing, and slip a sock to keep it all. Leave it down all night and file the next day, then the corns should be much softer.
-It removes moles: it is a very popular home remedy. Mix the castor oil with baking soda. Apply to the mole and wrap a dressing. Leave to sit all night and wash in the morning with warm water. Repeat for several days until the mole falls on its own.
-It relieves arthritis: if you suffer from your joints because of arthritis, castor oil can help. Add three spoons to a frying pan and heat for 3 minutes. Put some of the mixture on a cloth or cotton and rub the painful area. Cover with a dry cloth and add an electric pad to keep it warm. Allow at least half an hour (and maximum one hour). Do not use this remedy if the area is inflamed.
-To lengthen the eyelashes: this is one of the cosmetic uses of castor oil. It makes your eyelashes more visible and longer. It can also be used on eyebrows. Apply the oil with a brush or mascara brush on the eyelashes. Repeat every night before going to bed, and do not rinse.

-To reduce dark circles: apply a drop of castor oil under your eyes with a finger and massage gently in a circular way to allow a better penetration. Leave it on all night.
-To take care of your skin: castor oil is an excellent moisturizer, and goes into the composition of many creams and cosmetics. It serves as an emollient to soften and protect the dermis, and is found in the form of lotions, ointments, soaps, etc. It helps to heal very dry skin, eczema, scaling, herpes, benign ulcers, burns and superficial wounds. It is also unsaponifiable, it is used to make shampoos to obtain a softer, brighter and healthier hair. It can also be used to treat styes, dandruff and insect bites, especially mosquitoes. It is very useful to combat the aging of the skin.
-To strengthen the nails: if you have brittle nails, apply a cotton schwab soaked in castor oil, or pour a few drops directly on the enamel. It is a source of vitamin E, which will help keep your nails looking good.
It can be used as a massage oil: it can be used to create relaxing or anti-inflammatory massages to relieve muscle and joint pain. 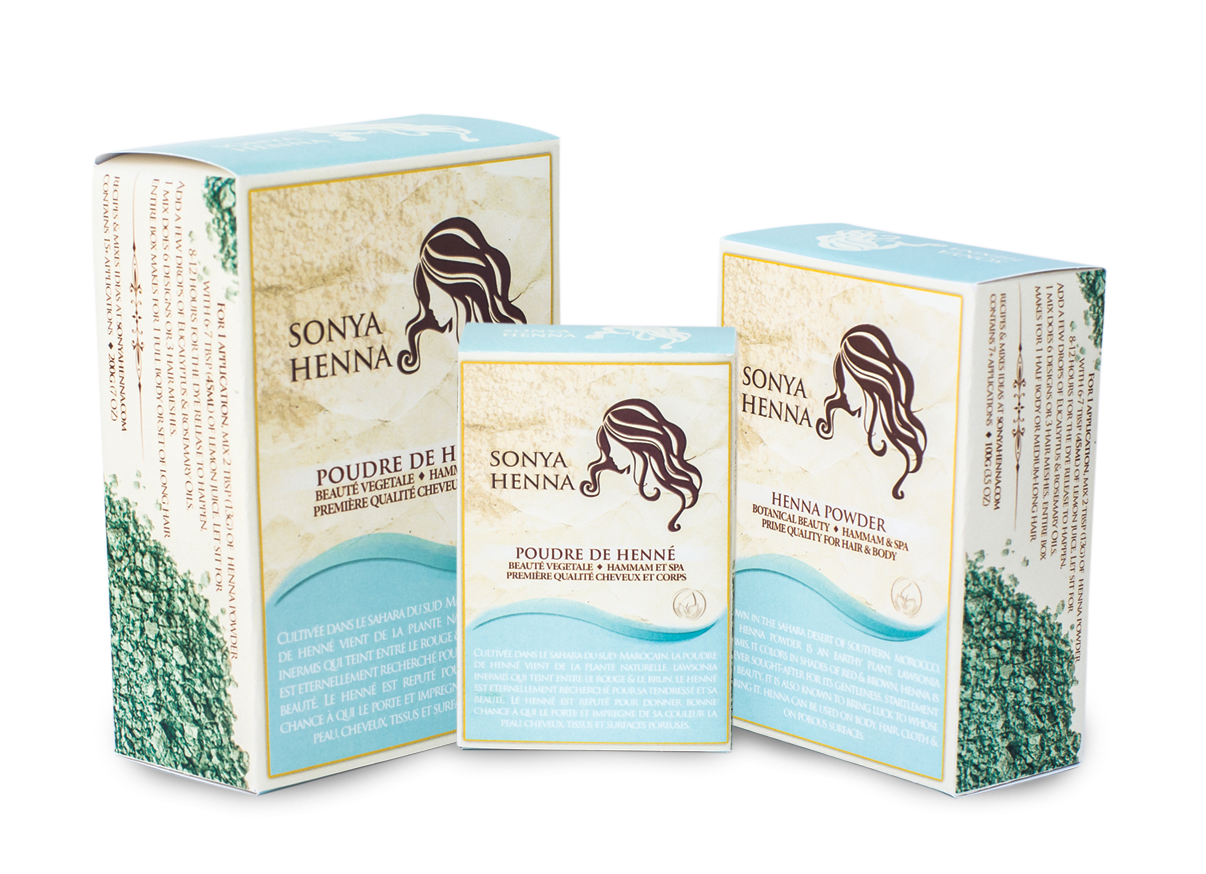 Sonya Henna is the premier hair henna powder from Morocco and we are proud of bringing it to you. This is a […] 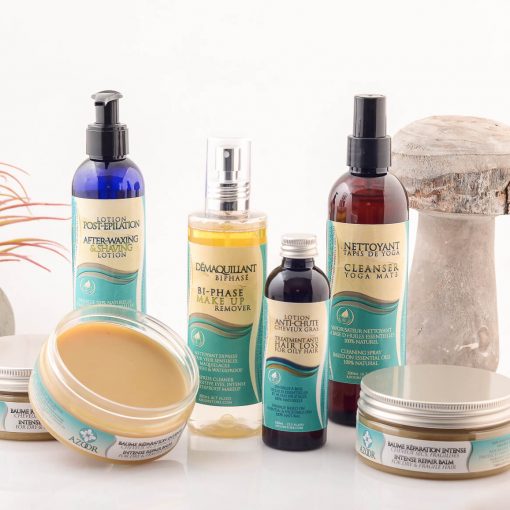 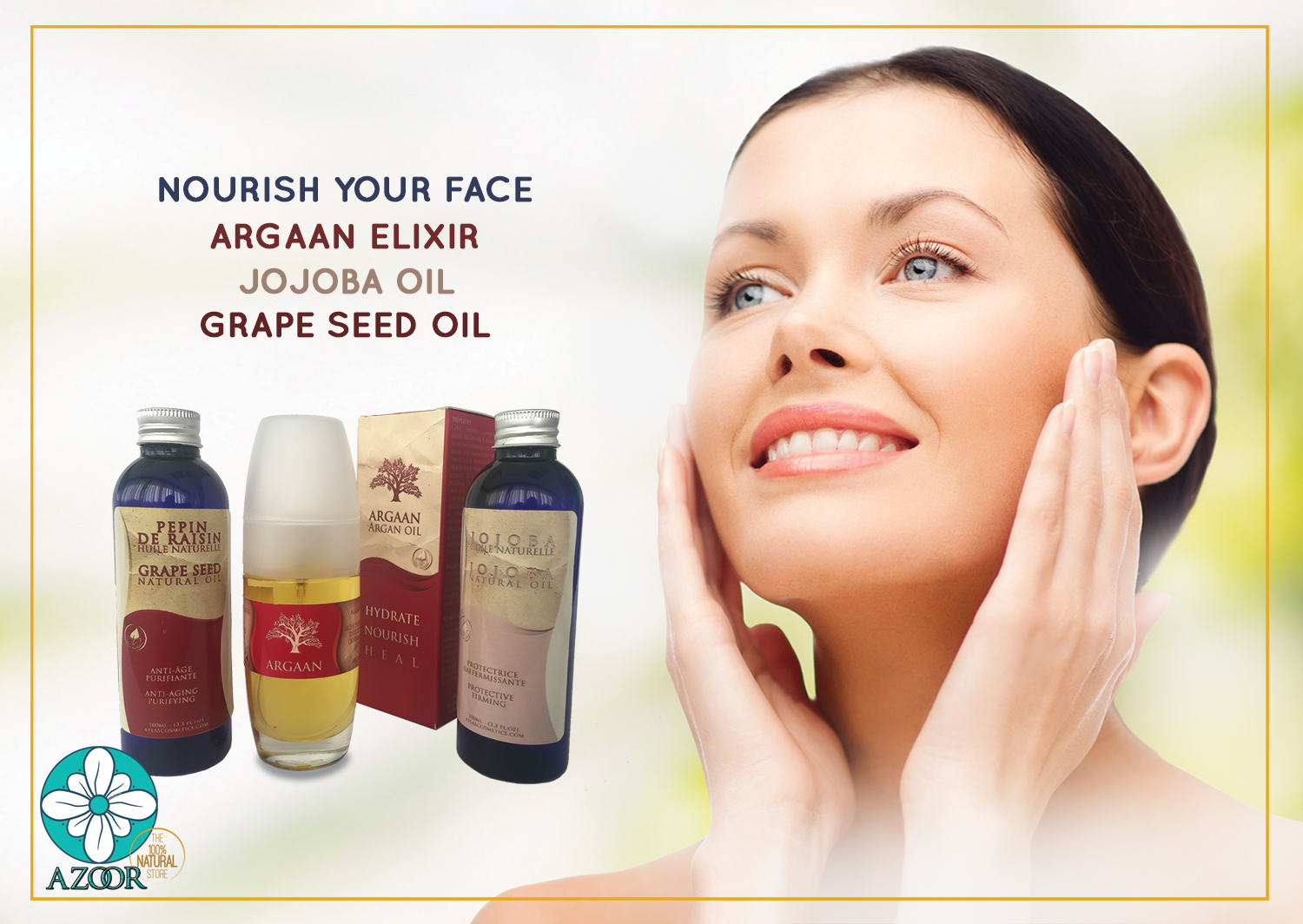 There are 3 wonderful face treatment oils we carry: Argaan Elixir is a great treatment for face 100% Argan Oil of cosmetic grade, […] 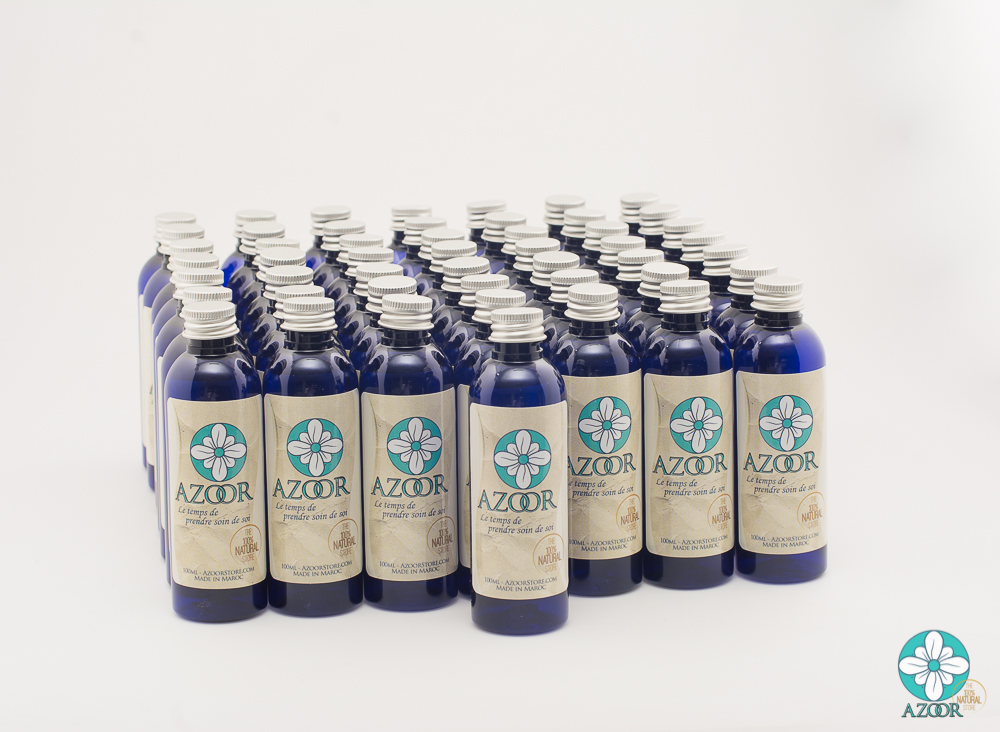 OUR BOTTLES LOOK ORDINARY, BUT THEY ARE VERY SPECIAL! You see, when I’m in my bathroom applying my night mask, I often […]